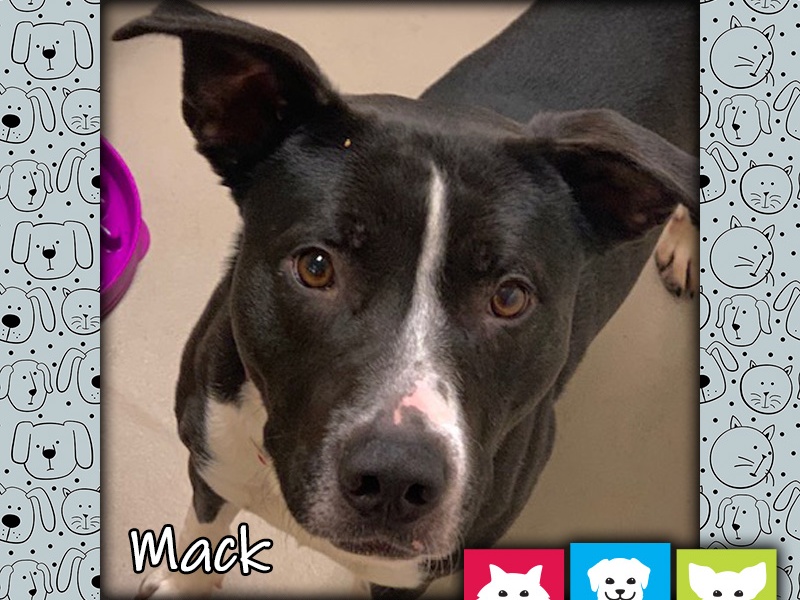 Pet of the Week: Mack

Need a buddy with lots of energy? Pet of the Week Mack may be the one for you!

This young Labrador Retriever mix is extremely smart and would thrive in a training class. He knows “drop it” already. Mack loves to play fetch – the way to his heart is lots and lots of tennis balls!

Mack took some time to come out of his shell at the shelter. He came in with another large dog and they got along, but Mack was more of a follower and had less socialization than his friend. While his friend was adopted, Mack is still waiting for his forever home.

Mack isn’t fond of being touched a whole lot, and will get a bit stiff and stop wagging his tail. He needs a family who will know when to respect his space and give him the attention he wants. Because he’s still working on his manners, Mack has a “Rambunctious Red” personality. He would do best with a family willing to work with him and help him become the best dog he can be. While Mack can be a bit shy around people at first, he has come to love the staff at RASKC.

Mack is neutered, current on his vaccinations, and microchipped. As Pet of the Week, Mack’s adoption fee has been waived! (A pet license fee may still be required.) Included with Mack’s adoption is a free visit to the veterinarian of your choice and 30 days of opt-in pet insurance through Trupanion.

If you’re looking for a handsome, smart, and playful boy who has lots of energy, Mack is waiting for you! Find out more about him at kingcounty.gov/AdoptAPet, or visit him in person at the King County Pet Adoption Center in Kent.

Pet of the Week

Make sure your pet is prepared for hot weather:
Add some spark to your life with Sparky, our #PetOfTheWeek!
%d bloggers like this: